He was born in 1964 in Istanbul. He graduated from Istanbul Technical University Faculty of Aeronautics and Astronautics as one of Turkey’s first four aerospace engineers in 1990 He developed ALTINAY1, Turkey’s first five-DOF robot. In 1991, he started his postgraduate studies as a research assistant at the same faculty. In the same year, he established Turkey’s first entrepreneurial research firm Altınay Robotics and Automation Limited Company in ITU-TEKMER, which is Turkey’s first Technopark that was established jointly by ITU and the Ministry of Industry. Altınay successfully developed the 6-axis, 6 kg-f load-bearing capacity and articulated robot project to be used in industry in 1993 He left the university in 1994 and founded Altınay Robotics Inc. He performed the task of Mechatronics Department Supervisor in the Machinery Materials Panel in the strategy works of Vision 2023 Science, Technology and Industry carried out by TÜBİTAK. He took part in the preparatory studies for R & D Law dated 28/02/2008 and numbered 5746 prepared by the Tax Council of the Ministry of Finance in 2007
Altınay, which established companies in different fields of engineering with corporate projects he carried out with his quarter-century accumulation, continues its activities as ALTINAY Technology Group in 2018
Altınay, who has received many awards, still continues to his duty as the Chairman of Altınay Technology Group. At the same time, Altınay has various duties in many non- governmental organizations and in Turkey’s leading business people communities. 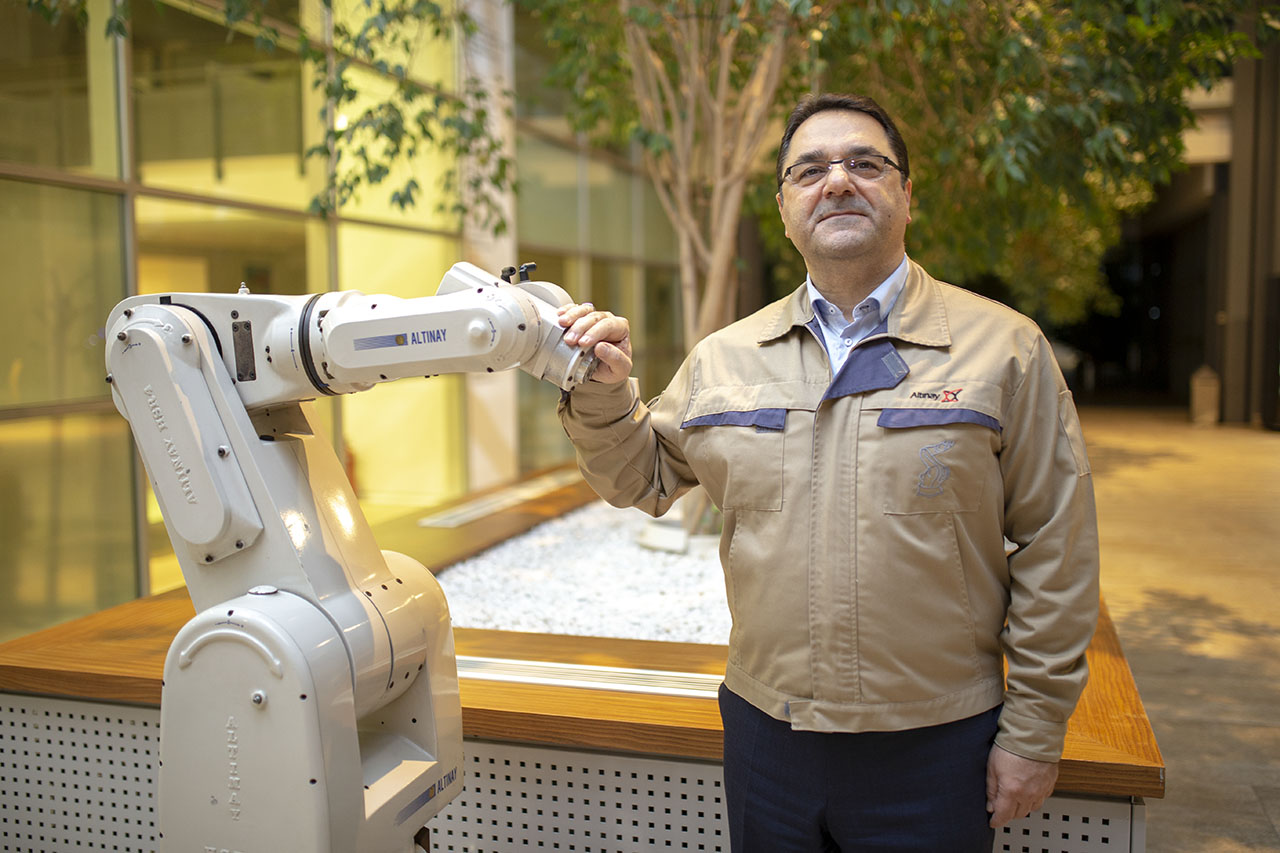